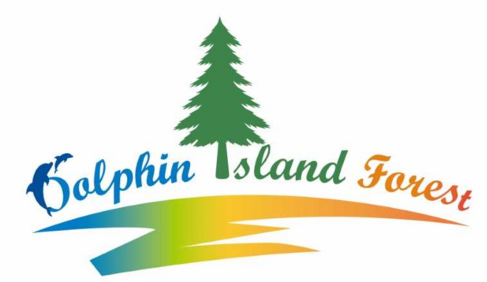 In the "Bible", cedar was known as the "king of plants ".  In ancient Phoenician legends cedar was planted by God and given a regal reputation.

Cedar is known as the longevity tree.  The oldest Red Cedar living in the world is more than 1000 years old and is located in North America.

Stout straight trunk, triangular tower shape crown, prosperous shoots, dense growth create dark forest shadows.   Cedar looks beautiful, bold, dignified and solemn.  It’s a symbol of purity and eternal life.  The leaves are fresh and fragrant, home owners like to plant them in the garden.  Ladies love to pick up the leaves from the ground, put them in the car and bedroom for the pleasant scent.  In Canada woolen winter clothing and blankets are often stored in cedar closets or chests to prevent moth damage during the warmer weather.  Some people place a solid cedar object in their sweater drawer for the same reason. Western Red Cedar has a unique stylish look and is very useful for commercial and residential use.  To bring a feeling of warmth and longevity, it has become designers’ and architects’ favorite choice to beautify the consumer’s home.  Red Cedar called Marathon Champion is the highest level of durability softwood species with natural resistance to moisture, corrosion, fungus, and termites.  It has excellent dimensional stability, minimal shrinkage and expansion.  It does not contain rosin or resin.  Fine texture and light weight make it the best veneer of all softwoods.

Western Hemlock grows along the Pacific coast of Oregon and Washington and in the northern Rocky Mountains north to Canada and Alaska.

Usage：Western hemlock and mountain hemlock are used principally for pulpwood, lumber, and plywood. The lumber is used primarily for building material, such as sheathing, siding, subflooring, joists, studding, planking, and rafters, as well as in the manufacture of boxes, pallets, crates, flooring, furniture, and ladders.

Appearance: The heartwood and sapwood of western hemlock are almost white with a purplish tinge. The sapwood, which is sometimes lighter in color than the heartwood, is generally not more than 2.5 cm (1 in.) wide. The wood often contains small, sound, black knots that are usually tight and dimensionally stable. Dark streaks are often found in the lumber; these are caused by hemlock bark maggots and generally do not reduce strength.

Its range extends from the Rocky Mountains to the Pacific Coast and from Mexico to central British Columbia.

Sapwood of Douglas-fir is narrow in old-growth trees but may be as much as 7 cm (3 in.) wide in second-growth trees of commercial size. Young trees of moderate to rapid growth have reddish heartwood and are called red-fir.

Very narrowringed heartwood of old-growth trees may be yellowish brown and is known on the market as yellow-fir. The wood of Douglas-fir varies widely in weight and strength. When lumber of high strength is needed for structural uses, selection can be improved by selecting wood with higher density. Douglas-fir is used mostly for building and construction purposes in the form of lumber, marine fendering, piles, and plywood. Considerable quantities are used for railroad crossties, cooperage stock, mine timbers, poles, and fencing. Douglas-fir lumber is used in the manufacture of various products, including sashes, doors, laminated beams, general millwork, railroad-car construction, boxes, pallets, and crates. Small amounts are used for flooring, furniture, ship and boat construction, and tanks. Douglas-fir plywood has found application in construction, furniture, cabinets, marine use, and other products.

Sitka Spruce (Picea sitchensis) is a large tree that grows along the northwestern coast of North America from California to Alaska. It is also known as yellow, tideland, western, silver, and west coast spruce. Much Sitka spruce timber is grown in Alaska, but most logs are sawn into cants for export to Pacific Rim countries. Material for U.S. consumption is produced primarily in Washington and Oregon. The heartwood of Sitka spruce is a light pinkish brown. The sapwood is creamy white and shades gradually into the heartwood; the sapwood may be 7 to 15 cm (3 to 6 in.) wide or even wider in young trees. The wood has a comparatively fine, uniform texture, generally straight grain, and no distinct taste or odor. It is moderately lightweight, moderately low in bending and compressive strength, moderately stiff, moderately soft, and moderately low in resistance to shock. It has moderately low shrinkage. On the basis of weight, Sitka spruce rates high in strength properties and can be obtained in long, clear, straight-grained pieces. Sitka spruce is used principally for lumber, pulpwood, and cooperage. Boxes and crates account for a considerable amount of the remanufactured lumber. Other important uses are furniture, planing-mill products, sashes, doors, blinds, millwork, and boats. Sitka spruce has been by far the most important wood for aircraft construction. Other specialty uses are ladder rails and sounding boards for pianos.